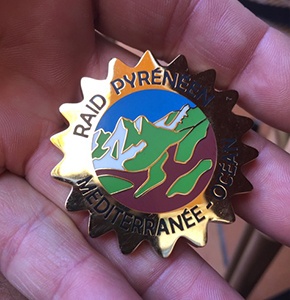 Have you ever thought that cycling across the Pyrenees in under 100 hours is a good idea? Rob Penn has! This is bicycle touring in Europe; Extreme and for a good cause.

Cycling in England in Winter? Then go and play around in the dark! 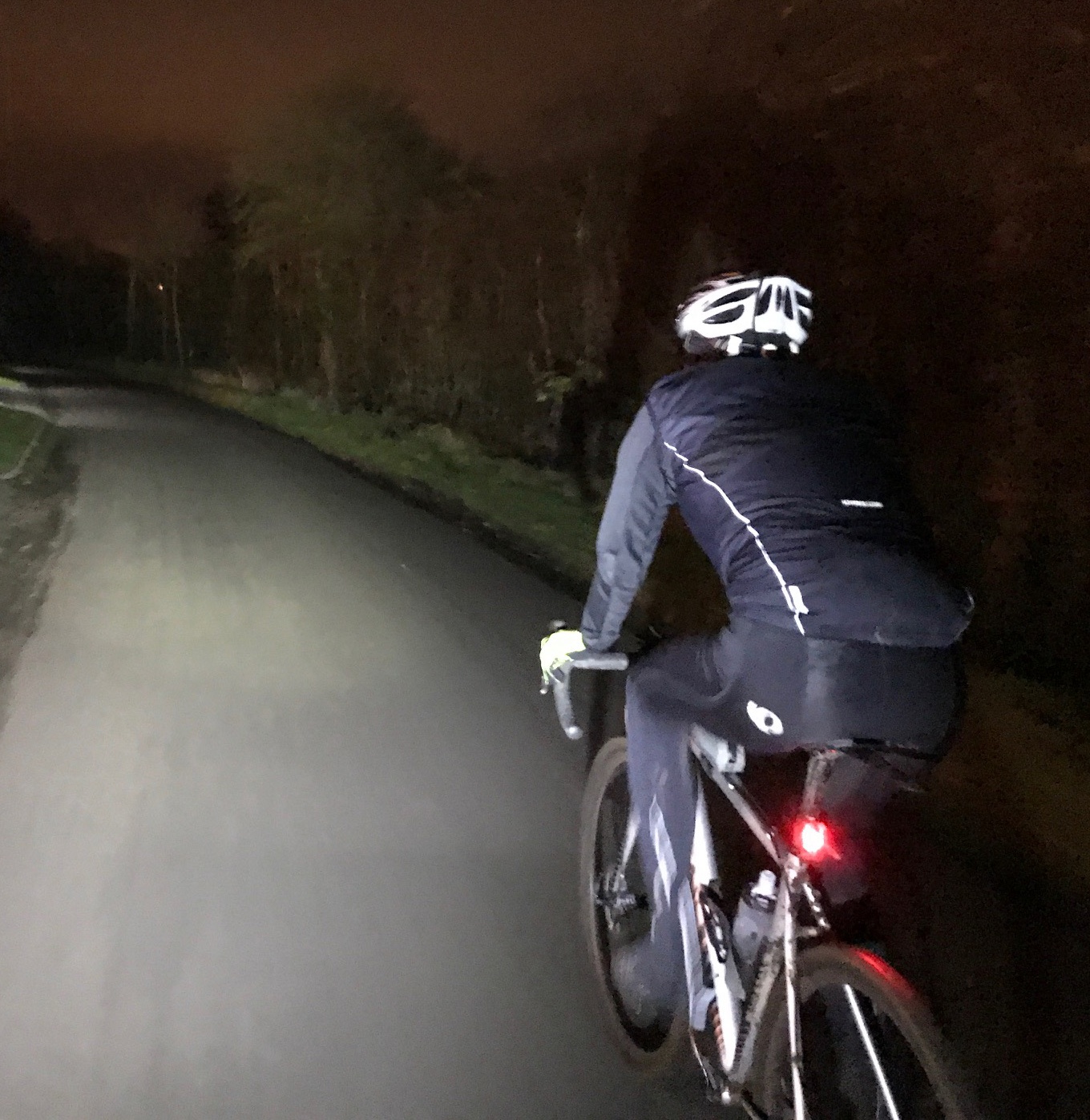 Most of you reading this probably live in the UK, have jobs, families and other commitments especially during the festive period. This can mean cycling in Britain during the winter, with it's minimal daylight hours, feels impossible. But there is a simple solution to this. Night riding.
END_OF_DOCUMENT_TOKEN_TO_BE_REPLACED
0 Comments Click here to read/write comments 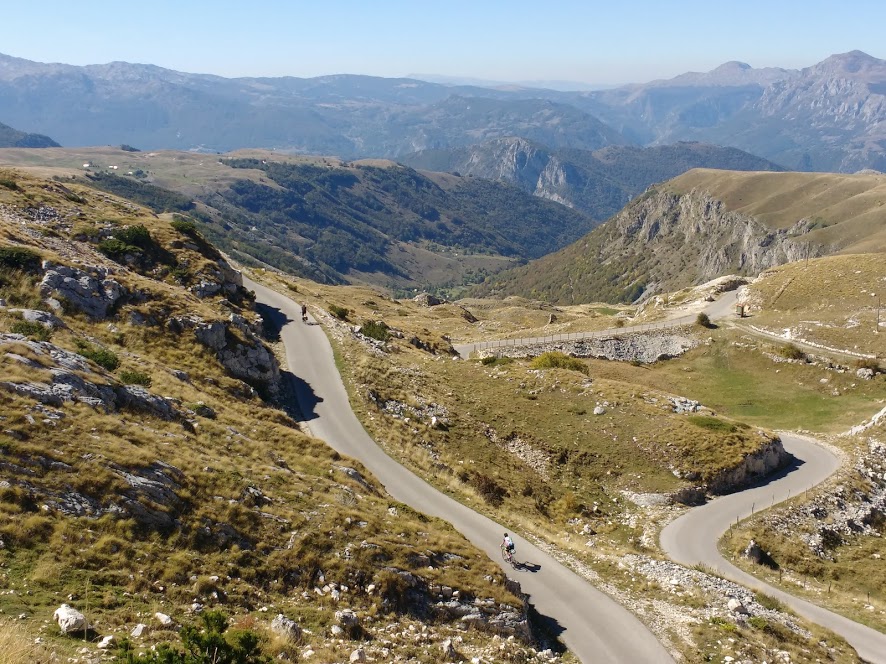 In late September, eight of us embarked on the inaugural raid. Over four days, we rode 635km with 8650m of ascent, through Croatia, Bosnia Herzegovina and Montenegro. It was a great adventure.

We had excellent weather: clear skies for three and half days; on the last afternoon, as we pedalled round the Bay of Kotor and crossed over the border back into Montenegro, a great storm blew in off the Adriatic and we got a royal soaking. Temperatures ranged from 25C in the middle of the day, to around 5C in the mountains at dusk. 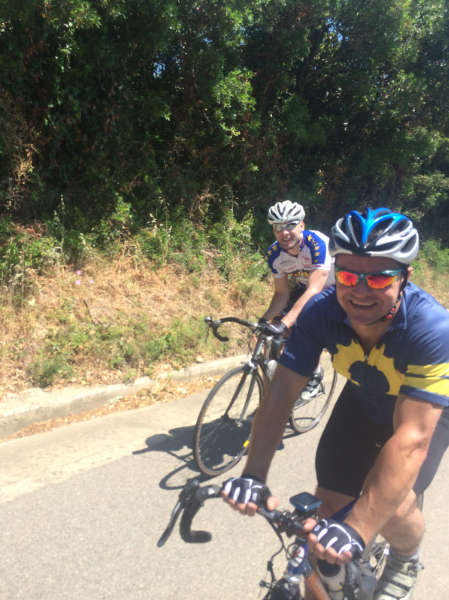 The day started humbly – on a flat cycle path between a lagoon and the sea, with Bastia-Poretta airport as the backdrop. There was no sense then of the grandeur and the glory that awaited us. There was not even a hint of the beauty of Corsica – a level of pulchritude that I have seldom experienced in a single day on a bicycle. Nor, in the cool air of the young day was there any suggestion of the cauldron of heat we would encounter in the canyons ahead.

Corsica is a mighty lump of rock in the Mediterranean. It’s a mountain in the sea, or at least a chain of mountains with twenty peaks over 2,000m. There are, I had read, 150 cols. We were pedalling across the island via the highest col covered with tarmac – Col de Vergio (1468m). 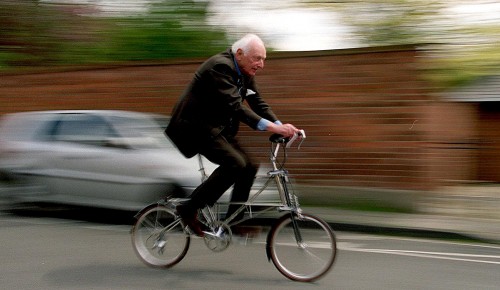 I believe in the diamond-shape bicycle frame. I always have. It is the lightest, strongest, cheapest, most rigid, compact and efficient shape the bicycle frame can be. Almost all bicycles – racing, mountain, touring, hybrid, track, utility, cruiser, fixed-wheel, dirt jumper, porteur and BMX – are still built up around a diamond frame. The vast majority of the billion or so bicycles on the planet today have a diamond frame. There have been hundreds, perhaps thousands of attempts to better the diamond-shape in the 130 years since it first set the fashion to the world, in 1885. You could make a good case that only two have provided a viable alternative – Mike Burrows’ moulded ‘monocoque’ racing frame and Alex Moulton’s original 1960s small-wheeled bicycle.

Alex Moulton, a pioneering engineer and the man behind the suspension system in the Mini car, set out to reappraise the bicycle in the 1950s. He believed the large, standard wheels made the bicycle slow to accelerate and difficult to store, which it is. He also understood that commuting patterns were changing, and increasingly incorporating multiple forms of transport. His radical but practical bicycle design, based on the stiff, stainless steel ‘F-frame’, had small wheels with high-pressure tyres, which meant less rolling resistance and lower aerodynamic drag. He also developed front and rear suspension, three decades before it became commonplace on the mountain bike.

Women and the bicycle

My wife has a new road bike. Actually, it’s second-hand but it’s a significant step up from the old clunker she’s been crashing around on for years. She has even taken to wearing lycra. Now the sun is out, she can be seen riding along the lanes where we live with her customary panache. The cycling gender gap in our family finally seems to be closing, as it is everywhere.

It’s a surprise to some that such a gap even exists. Cycling was, after all, the first popular athletic pursuit for women at the end of the 19th century. Arguably the greatest impact the bicycle had during the golden age in the 1890s, was in breaking down hitherto rigid gender barriers. 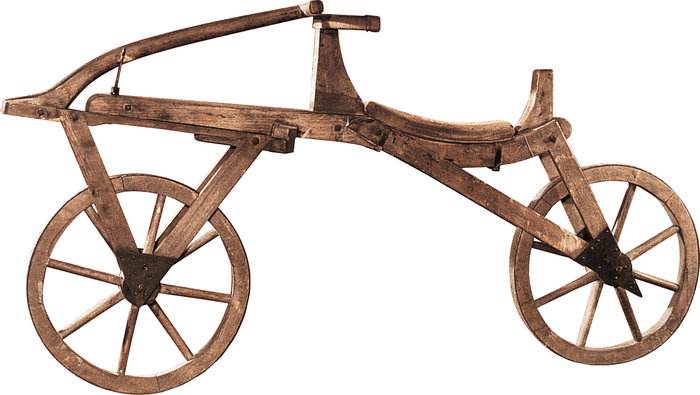 On an afternoon mountain bike ride recently, at the top of a forest near home in the Black Mountains, my chain snapped. Not a problem, I first thought. I was carrying a chain tool: I could take the broken links out and turn the bike into a single-speed to get me home. That plan was undone when I dug the chain tool out of the bottom of my rucksack and discovered the pin – an essential part – had broken off. I was contemplating the eight-mile walk back to the house, and the ire of my wife for failing to pick the kids up on time, when I remembered that the earliest ancestor of the bicycle didn’t even have a chain.

The ‘Draisine’, also known as the ‘pedestrian-accelerator’ was invented in 1817. It comprised two wooden carriage wheels in-line, a wooden bench which the rider straddled, and an elementary steering system. You didn’t pedal. You propelled the machine by scooting or paddling your feet along the ground: travelling downhill or at speed, you lifted both feet into the air.

So which material, or combination of, provides the best overall ride? I have my opinions on all the bikes I’ve had but I know they are tainted by my personal experiences riding them: how long I had that bike, where I rode it, even who I rode with. Objectively, I’d struggle to say which material provides the best overall ride. I know that frame materials do have different ‘ride characteristics’ but such things are very subtle, and better measured with engineering instruments more sensitive than my backside. 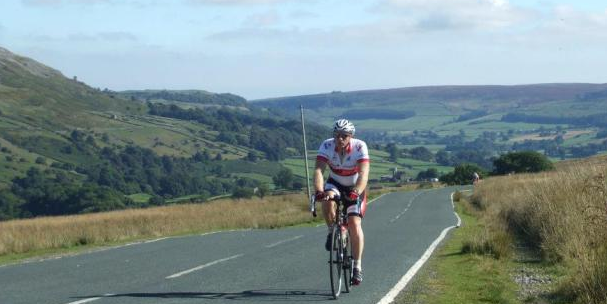 Early September and the cars, vans, motorbike outriders and cyclists which make up the Tour of Britain caravan are all climbing the infamous Tumble at 15:40 on a Tuesday afternoon. 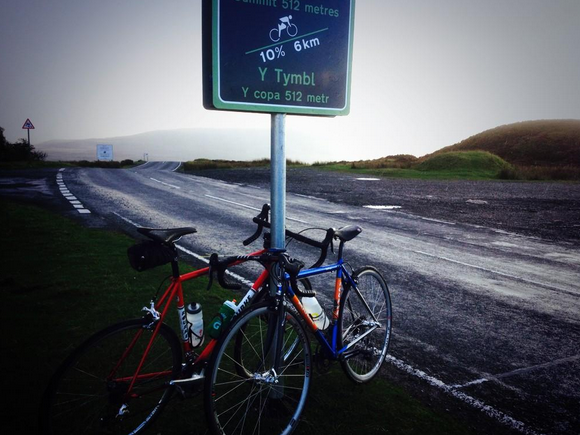 You can’t step onto the hallowed turf at Wembley and bend a free-kick into the net on Cup Final day. You can’t tonk a six over the Mound Stand at Lords before a Test match; nor can you put down your strawberries and practice a few cross-court passing shots on Wimbledon’s Centre Court while the balls are being changed. You’d be arrested, and following a moment of notoriety in the tabloid press, you’d be back home facing mortified children and a mute wife. However, you can stretch your legs on the very same ground consecrated by the sporting gods of cycling, without risk of apprehension.

I’ve spent years slowly picking off the great climbs of the Tour de France, the Giro and the Vuelta. I’ve pedalled in the tracks of the gods over Tourmalet, Galibier, Izoard, Col de Pailhères, Alpe d’Huez and the Hourquette d’Ancizan. I’ve loved every mile of it. Last summer though I had the opportunity to stay put and pit myself against my heroes. The consecrated ground is coming to me, at home, in Wales.